Meet the team behind the relentless work. 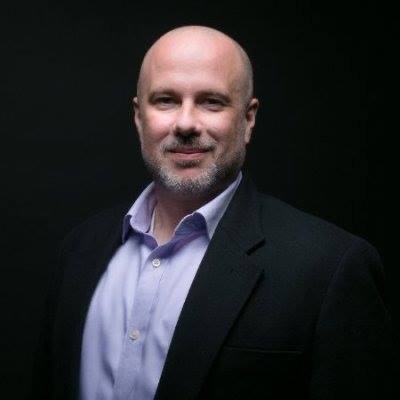 Jeff fell into the spirits industry by a fortunate accident five years ago after three decades of entrepreneurial, national business development, and marketing leadership in various lifestyle industries including golf, skiing, cycling, and custom motorcycles as well as technology and higher education. Upon his entry into the spirits industry, he quickly discovered his intense passion for all things agave. Within a few years, he had established himself as a well-regarded industry leader and expert in the sector. As the Chief Left Brain of PKGD Group, Jeff leads the portfolio and strategic direction as well as overseeing the G4 and El Bandido Yankee brands. In the rare instance, he isn’t working, Jeff considers cycling, coffee, and cuisine his vices. 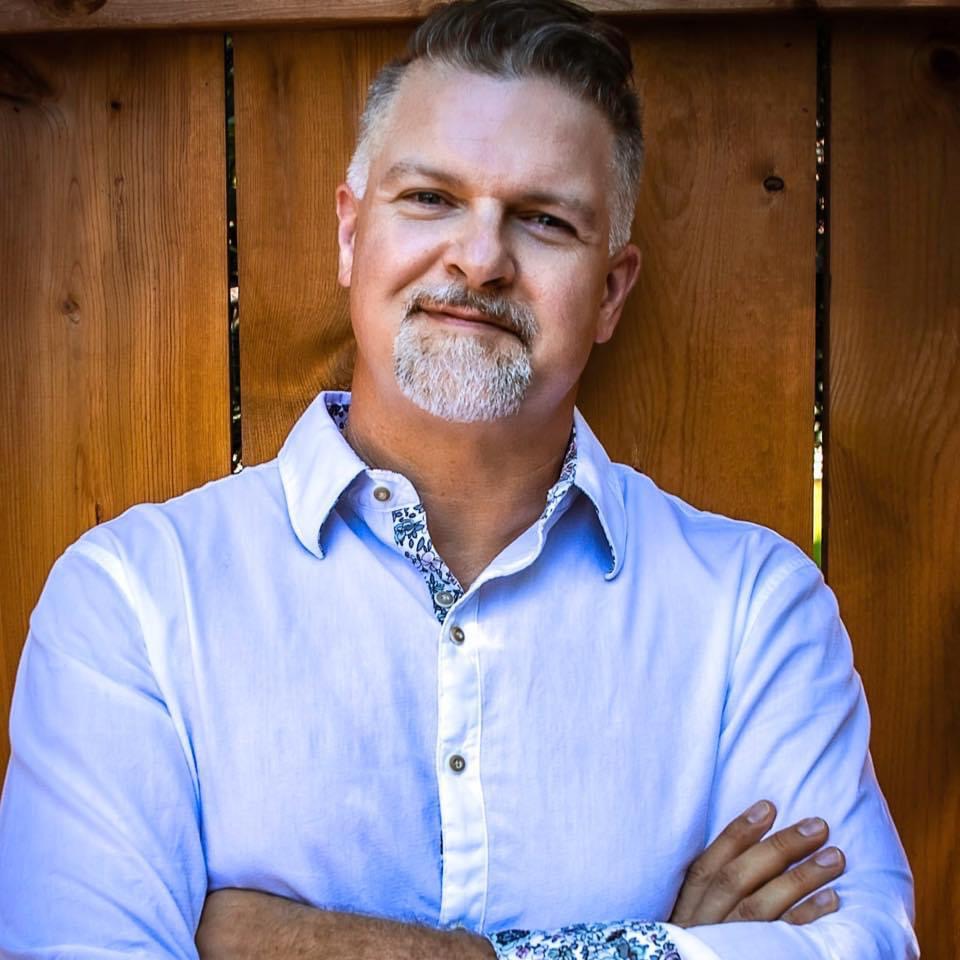 30 years of varied business experience in Sales & Marketing, Training, and Entrepreneurship with companies as large as Caterpillar and as small as his family’s FLEX Fitness Center, which is one of the top independent weightlifting gyms in the world. Best-Selling Author of The New Face of Your Brand and tracked by some services among the top 0.1% of Social Influencers, Shawn has been a leader in Social Media Marketing since the creation of Social Media. Helped to launch G4 Tequila outside of Mexico, to 38 States and 7 countries in two years. As the Managing Member of PKGD Group, Shawn manages the HQ in Michigan and ensures that the back end of the business is as sound and accountable as the front end. 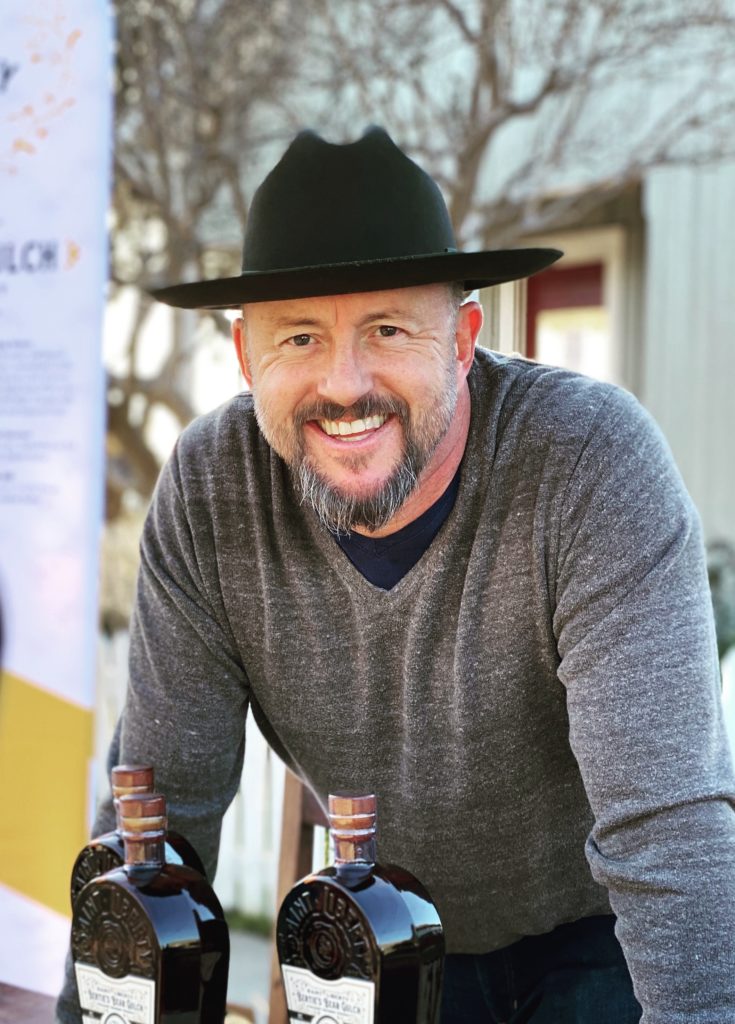 Over 30 years of experience in the spirits industry.  Ranging from a mixologist, distributor sales management, supplier management, chain management, national sales, marketing consultant, brand creation and development, importer to the brand owner. As a Managing Member of PKGD Group, Mark manages our distributors and market managers in the Southwest Region for PKGD Group and our national chain manager. He is also the PKGD Brand Manager for Lobos 1707, Alkkemist Gin, and Saint Liberty Whiskey. 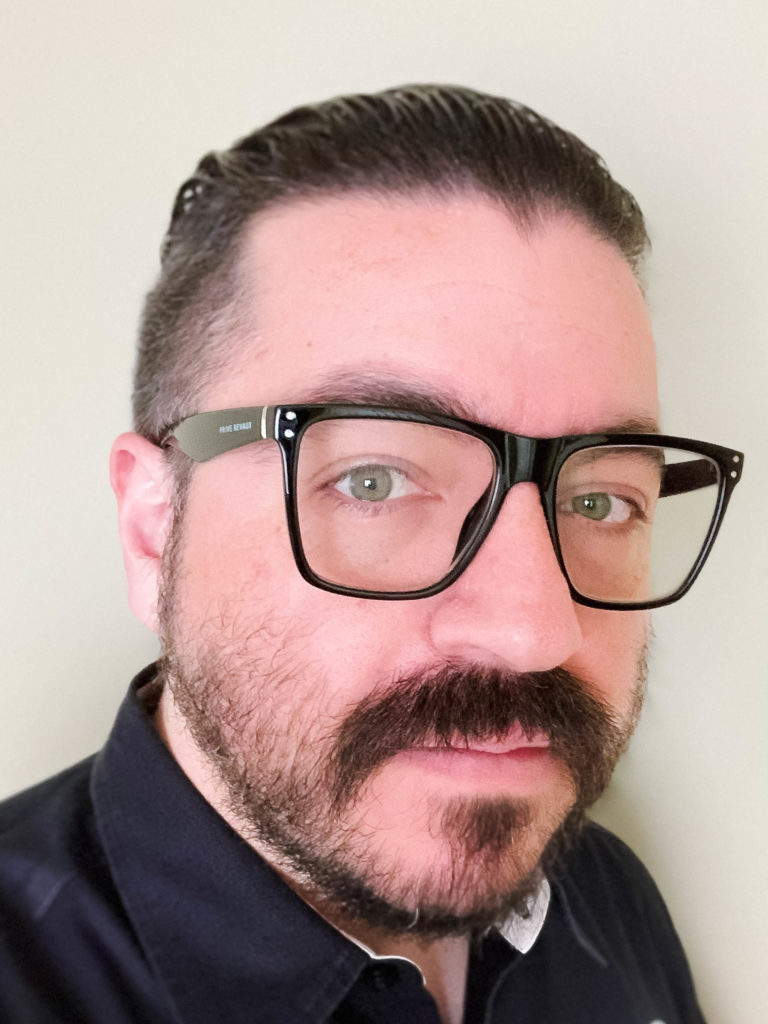 Christopher Risdon has spent the last  20 Years in the Wine and Spirits Business within the scope of, Distribution, Manufacturing, Consulting. He was born into this business as his father was a corporate buyer for over 35+ years buying for the Wine and Spirits category. It is what has led him down the line of working within the Alcohol Beverage Industry.

Chris started with The World Class training at the Gallo Wine Company Los Angeles in 2001. He went on to work in the chain distribution channels of Youngs Market Company in California (S. Cal  & N. Cal Offices), Kendall Jackson (N. Cal Chains), Wine Warehouse (S. Cal Regional Manager). In 2008 he stepped outside the distributor world and became a supplier selling brands to On-Premise in Los Angeles for Progressive Brands owned then by the former CEO of Sunkist Growers Russ Hanlin.

He has direct success in building the RumChata brand from a 6k brand in California to a 46k brand within the scope of 12 months. He has assisted in building out brands like Canton, Sweet Revenge (Maurice Cooper), Dalmore Scotch, Jura Scotch, Compass Box Whiskey, Tequila Revolucion, and a multitude of Agave based Spirits since 2009. He has worked closely with the owners and family of Frank Gonzales (owner of the Xamay Distillery, in Jamay, MX) in building out new business and distribution in California.

He serves at PKGD Group as a managing member in which manages the Western States, as a liaison to ASE, our compliance partner. He also is the Brand Manager for Hacienda de Chihuahua, Diaz Bros Agave, and Cedar Ridge Distillery. 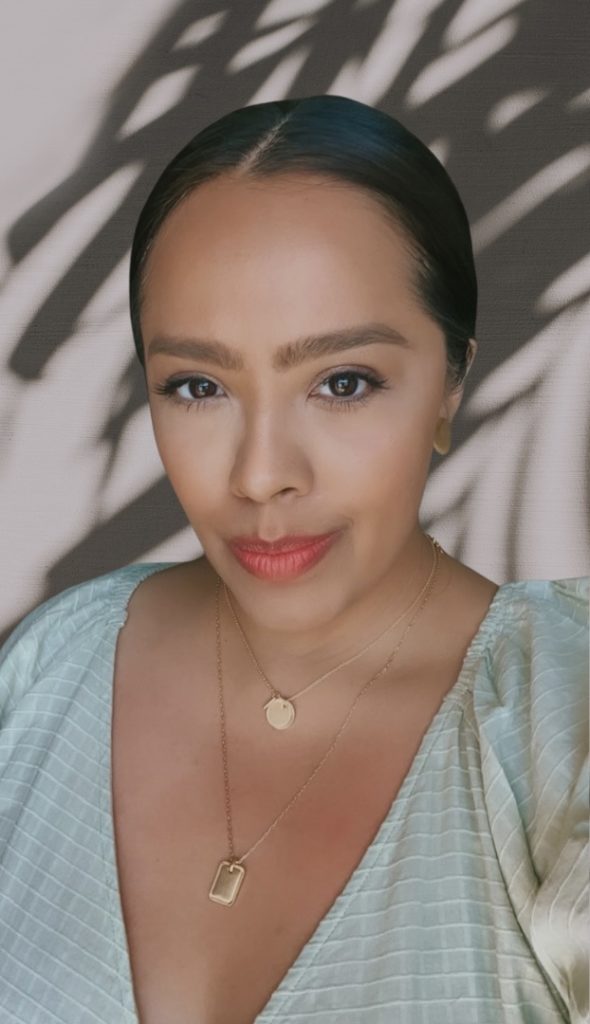 Denise serves as the Sales Marketing Manager for PKGD Group, where she ensures projects are running smoothly, and helps in the creative process from website building to social media. With over 15 years of experience in the spirits, and the hospitality industry. Working in all areas of hospitality from bartending/serving, brand ambassador, event management, and social media/design. Denise holds a bachelor’s degree in art and design from Columbia College of Chicago. Driven by the unrelenting pursuit of customer-driven focus, ideals and user experience. In her free time, Denise has a passion for all things creative, travel, and exploring places to eat and drink a Mezcal cocktail. 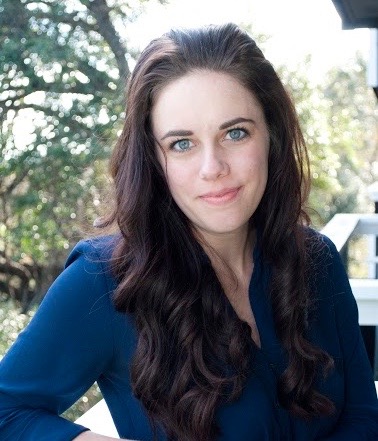 Central Texas Market Manager
Gabby has worked in the spirits and hospitality industry for the last decade, ranging from bartender to state manager of Texas. Originally from Minnesota, she moved to Austin six years ago after college. Working briefly in the tech industry, she realized that the hospitality industry was where she preferred to be. Gabby has a love for all spirits with a particular interest in the whiskey and agave worlds. 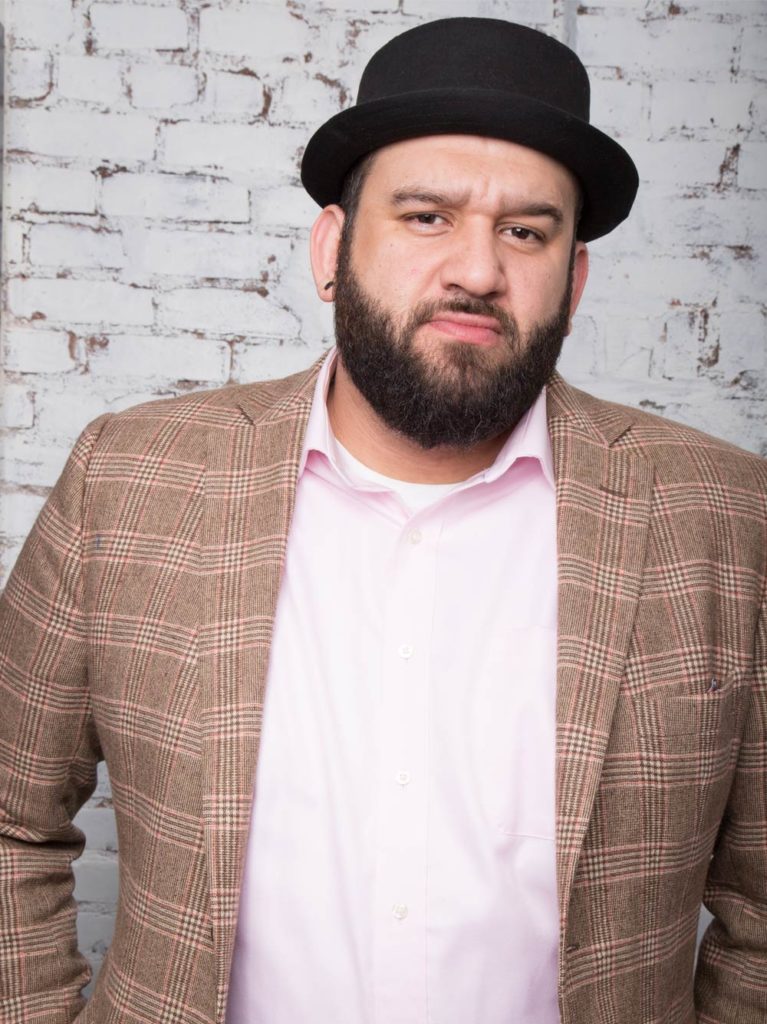 Juan proudly served in the United States Navy from 2001 to 2005. After receiving an honorable discharge in 2005, Juan followed his passion and began working in the hospitality industry. He got his start at Employees Only and Macao Trading Company as a doorman. In 2011, Dushan Zarik of Employees Only offered Juan an apprenticeship at Café Tallulah, a project he was consulting for, located on Manhattan’s Upper West Side. Juan quickly advanced and became the principal bartender within the year. Juan was eager to learn and further develop his skills as a bartender so he simultaneously became the bar back at Los Americanos in Tribeca and within 3 months became the bar manager. In 2013, Juan took the next step in his career and became the Mixologist and Beverage Director for Blackwood Hospitality – a leading hospitality consulting firm in New York City. At Blackwood, Juan is responsible for hiring and training bar staff, designing and developing the cocktail program and menus, ordering, inventory, and meeting with industry brand ambassadors on projects. Since joining the Blackwood Hospitality team, Juan has assisted in the opening of 20 different restaurants and bars including The Harold, East-side Cantina, WhiskeySocial, Gentilly, Da Capo, Oxbow Tavern, Maxwell’s Chophouse, and Shoo Shoo. He was also the Beverage Director for The Hotel Indigo Newark restaurant’s Alva, Skylab, and Darrow’s Farm Fresh Takeout. Each project he meticulously crafts unique cocktails, beer, and wine menus, bar design, and drives it all home by training the staff on culture and presence behind the stick. Outside from consulting, Juan has appeared in numerous T.V. shows, online blogs, and magazines including The Daily News, Chilled Magazine, Imbibe, liquor.com, Manhattan Digest, Thirstymag.com, Uproxx.com Fuse tv, and FIOS1 to name a few. 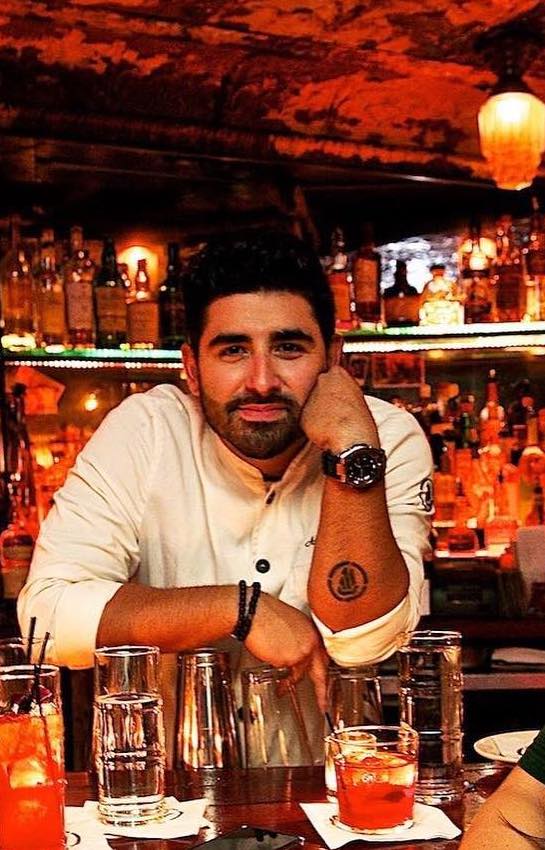 Entering the hospitality world in 2005, Alexis Ramirez has experienced corporate restaurant structure as well as a high volume environment, where his love of cocktails started. Seeking more of a challenge, he ventured into NYC and joined Blackwood Hospitality, where he developed skills in bar design, training, and cocktail culture. His training grew further from principal bartenders at Macao Trading Co. and Employees Only. He moved up the ladder quickly to become a valued part of the bar roster. He learned how to build a team and elevate them to be the best versions of themselves; to be rockstars. He travels the world, studying the distilling process of different spirits, his favorite, being Agave. He now represents some of the best artisanal tequilas. His passion and expertise has been sought out by numerous bars, where he consulted and brought his know-how, charisma, and unique sense of style to the table. In the future, Alexis hopes to continue being innovative behind the bar or various establishments, as well as his own. 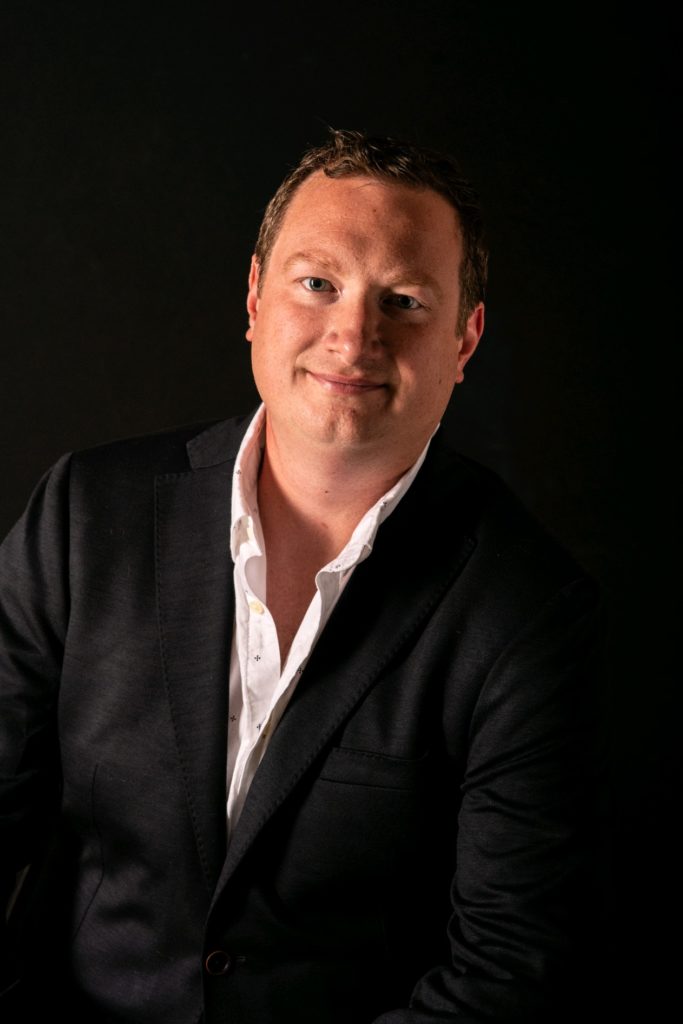 Nate Blury is the Co-Founder of the Original Tin Cup Co. He also works in the spirits industry as a consultant, and started a VLOG called, “Cocktail and Conversation.” Nate is also a part of the U.S. Bartenders Guild and DrinkGR, [a Grand Rapids-based organization of Cocktail Enthusiasts]. When he isn’t bellied up to a bar you can most likely find him playing with his Dog, Banksy, or traveling with the love of his life. 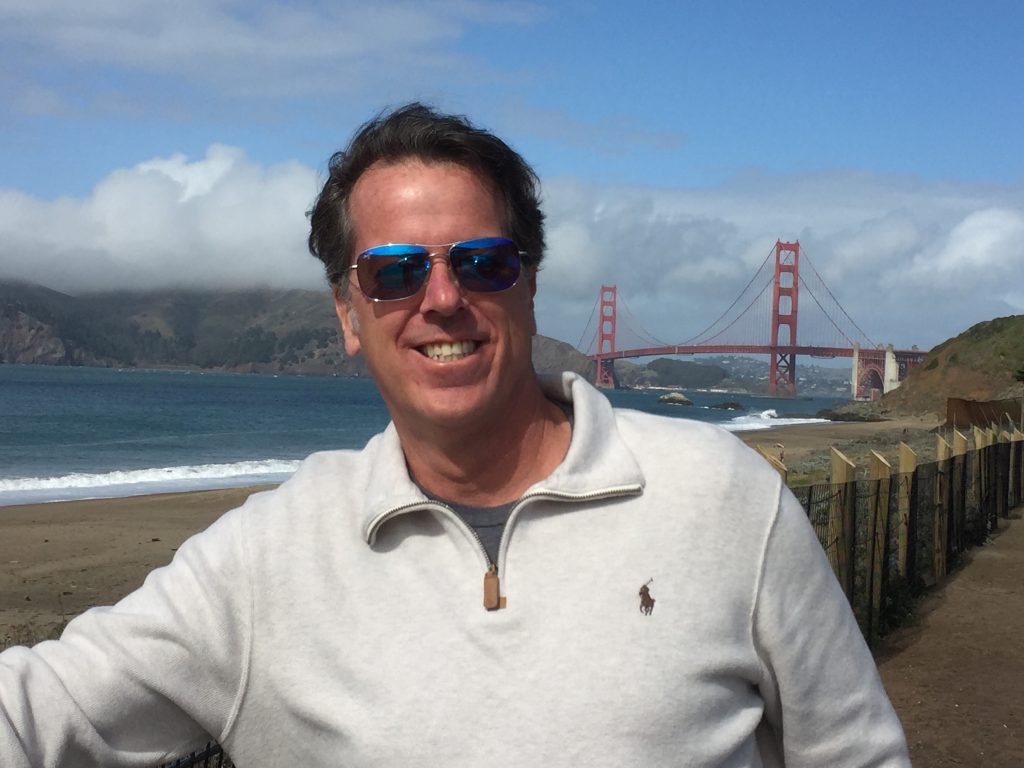 David comes to us with over 25 years of adult beverage experience.  Most recently as the Western Region Sales Manager with Hook & Ladder Winery where he was pivotal in securing new markets and transitioning other markets to profitability.  David’s career began in the mid 90’s with Youngs Market Company where he held several successful positions before transitioning to the supplier side of the business with Alexander Valley Vineyards in 2000. He started as California Sales Manager, and grew his business enough to be promoted to running the West for AVV within a year and a half.

David went on to help various brands grow their business, to include B Cellars, Taft Street Winery and Maurice Cooper & Co.  During his career David has been tasked to work all avenues to market for his companies, including broad market, on and off premise, chain headquarter calls and national on premise accounts.

David grew up in the Sonoma Valley where he would spend harvest helping family friends with their crush and winemaking during high school.  David has recently moved back to his parents property in Sonoma with his wife Mady, and various pets.  When he is not out selling, David likes to mountain bike, work on his custom ’66 Mustang Convertible, travel with his wife and check on competitors’ products. 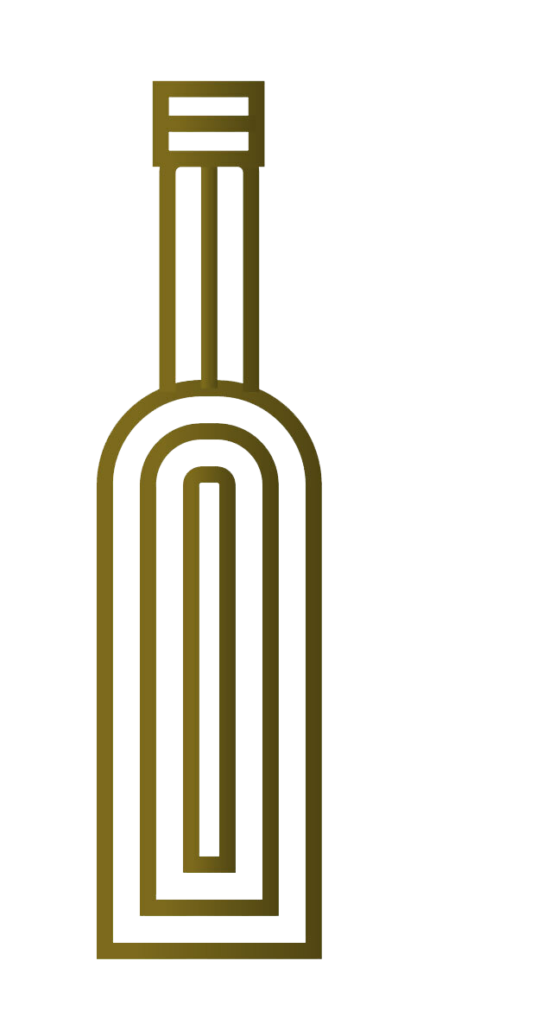 This website uses cookies to improve your experience while you navigate through the website. Out of these, the cookies that are categorized as necessary are stored on your browser as they are essential for the working of basic functionalities of the website. We also use third-party cookies that help us analyze and understand how you use this website. These cookies will be stored in your browser only with your consent. You also have the option to opt-out of these cookies. But opting out of some of these cookies may affect your browsing experience.
Necessary Always Enabled
Necessary cookies are absolutely essential for the website to function properly. These cookies ensure basic functionalities and security features of the website, anonymously.
Functional
Functional cookies help to perform certain functionalities like sharing the content of the website on social media platforms, collect feedbacks, and other third-party features.
Performance
Performance cookies are used to understand and analyze the key performance indexes of the website which helps in delivering a better user experience for the visitors.
Analytics
Analytical cookies are used to understand how visitors interact with the website. These cookies help provide information on metrics the number of visitors, bounce rate, traffic source, etc.
Advertisement
Advertisement cookies are used to provide visitors with relevant ads and marketing campaigns. These cookies track visitors across websites and collect information to provide customized ads.
Others
Other uncategorized cookies are those that are being analyzed and have not been classified into a category as yet.
SAVE & ACCEPT
Facebook Instagram Twitter Linkedin